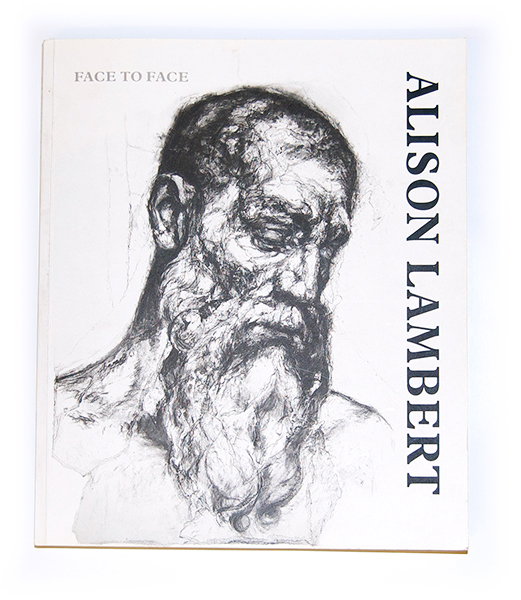 This book is the third in a set of monographs on Alison Lambert’s drawings. It also contains a section on her prints and includes an essay by the master printmaker Martin Saull who worked with Alison in her studio print room. The book has a photo-essay by Clive Richards with numerous images of Alison working in her studio and the canal-side warehouse where she is based. The art historian, Nicholas Smale, has written a 9,000 word essay showing how Lambert’s work is closely related to those aspects of human experience which first found dramatic expression in the world of classical mythology and Greek drama, and how these themes have recurred repeatedly in the history of the arts, in literature, drama and poetry.

The Writer and critic David Gleeson, who contributed a foreword to the book, has written – ‘Alison Lambert’s spectacular work occupies a unique place in contemporary artistic production. Her studies of the human form have developed and intensified over two decades into moving, monumental images that, in the words of critic John Russell Taylor: “brand themselves forever on the inner eye.” With the latest work, illustrated in this book, she has again returned to the portrait head, producing large-scale images remarkable for their character and expression where the subjects appear to be under intense scrutiny whilst radiating a mysterious power. Lambert’s pictures confront the viewer with stark figures whose features and expressions, although completely fictional, represent archetypal emotions and physiques. The sheer physical intensity of their production, where the paper on which they are drawn is marked, smeared, torn away and rebuilt, creates spectacularly animated results that have established Lambert’s reputation as one of the foremost British artists working with the human figure.’ 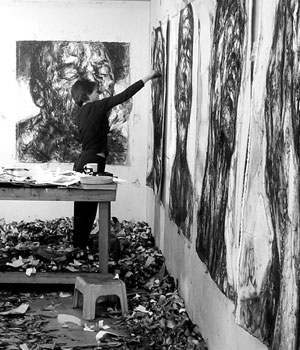